TWA 800 Findings Are Being Challenged By Whistleblowers 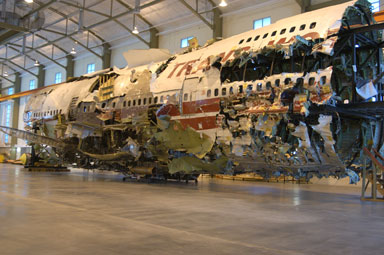 Though off topic from my usual posts, I thought this was relevant enough to pass along…..

As I was reading the InterWeb this evening, I came across an interesting story on Foxnews.com that refers to an upcoming documentary that challenges the “OFFICIAL” cause behind the tragic events behind TWA’s Flight 800.   For those of you not familiar with TWA Flight 800, the aircraft exploded shortly after takeoff from New York’s JFK.   It had been destined for Paris, France but exploded near East Moriches, NY on July 17, 1996.

The documentary is scheduled to air on EPIX in July and claims to have former NTSB investigators involved with the investigation ready to reveal what may have really happened.   According to this article, the investigators were placed under a gag order and the NTSB may have falsified the reason behind the disaster.   Officially, the NTSB concluded that the explosion that downed the aircraft was caused by a spark inside of a fuel tank that ignited the jet fuel.

It has been widely speculated that a missile may have actually downed the aircraft but both the FBI and NTSB ruled out that potentiality during their investigations.   In light of recent Whistleblower activity and alleged cover ups, sadly nothing would surprise me at this point.  I’m certainly going to be tuning into the program.