Enter To Win A Lufthansa 747-8i D-ABYT ‘Retro’ Calendar

Back in February of this year, I had the opportunity to be at Paine Field in Washington to witness the first flight of Lufthansa’s D-ABYT (click here for gallery).   This 747-8i is particularly special because it sports a ‘Retro’ livery similar to the livery that Lufthansa’s 747s carried in the 70s and 80s.

D-ABYT is the penultimate 747 that will join the Lufthansa fleet and for Airliner Enthusiasts its marks the beginning of the end of the 747 at large.   Orders and deliveries are winding down as carriers prepare for Boeing 777x in the coming years.

To mark this special moment in Lufthansa’s fleet history, I decided to take my best photos of ‘YT’, who will be nicknamed ‘Cologne’, and put together a calendar highlighting her first flight.   A big thanks goes to KKFlyer who took care of the layout and publishing of the calendar.

We ran a small batch of these calendars that will share with some of my friends within Lufthansa but I did pull one aside to give away.

So, if you would like a chance to win this calendar, simply leave a comment to this post which will act as your entry (only one entry per person please).    I’ll keep the entry period open until midnight (EDT) on Sunday, April 3.  Open to anyone, anywhere!

My next project will be a calendar dedicated to the entire Lufthansa 747-8i fleet, so look for that one in the coming weeks.    If interest is strong, we may order enough so that we can sell a few as well.

The photos below do not do it justice since it was they were taken with a smart phone! Thanks and good luck! After having a few hours during my flights home yesterday I finally had a chance to screen through all of my 532 photos of D-ABYT.   During this process I found a few more photos that I think you’ll enjoy.

If you haven’t seen my previous posts showing D-ABYT’s first taxi test and test flight, you can get caught up here: Entering the runway for taxi test. 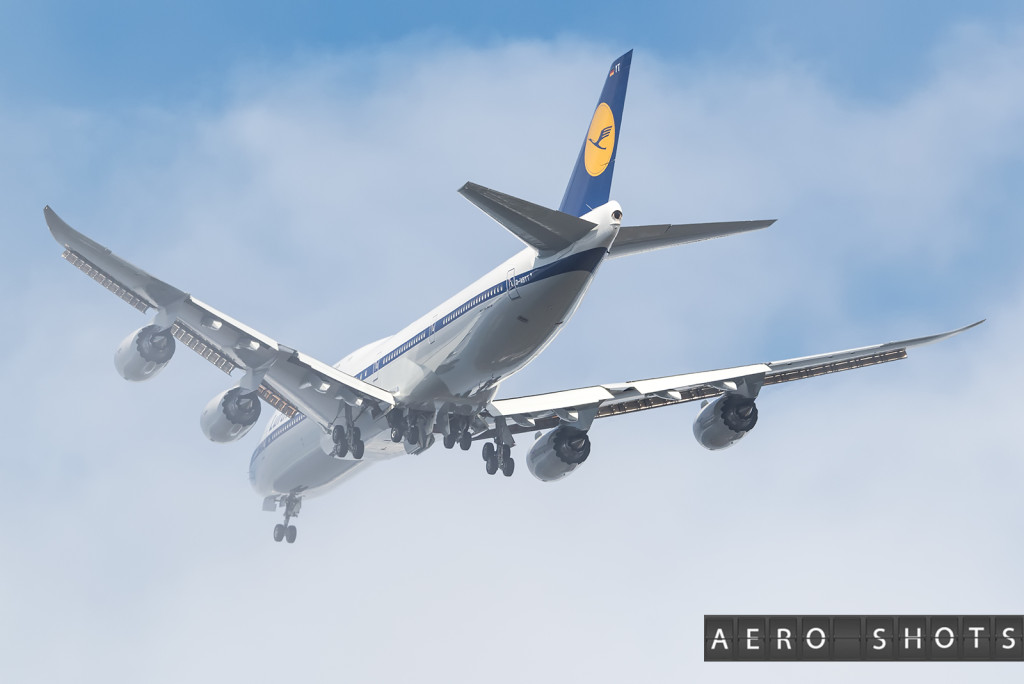 Away for a B1 test flight…. As promised, here are a few photos that capture the moments soon after ‘YT’ returned from a successful inaugural flight at Paine Field today.    With the way the winds were blowing she landed from the South while I was positioned at the north end of the runway about 9,200 feet from her touchdown, so apologies in advance for not having the best landing photos.

However, I think these photos show off her fantastic livery.  Everyone that I spoke to today about her thought she was a beauty.   As it stands now, we’ll see her head to Frankfurt on or about March 13.  In the mean time she’ll take a few more test flights here before being certified for delivery.

If you missed my earlier post showing her departure, you can get caught up here and here. Beautiful in the afternoon light Taxiing back for a braking test